Weltanschauung – “the framework of ideas and beliefs through which an individual interprets the world and interacts with it.”

In this blog, I will adopt one framework to interpret certain aspects of our chaotic world. This framework pre-supposes that patterns keep emerging in human activity, and often there are similar triggers that spawn these patterns. For example, it is often said that ‘history repeats itself’. This is not a new observation, for thousands of years back, the famous wise King Solomon said:

“What has been will be again, what has been done will be done again; there is nothing new under the sun. Is there anything of which one can say, ‘Look! This is something new’? It was here already, long ago; it was here before our time.” – Ecclesiastes

Interpretation using this framework is not by any stretch of the imagination meant to be absolute or definitive – it just an interesting perspective on observations.

I welcome your contribution. 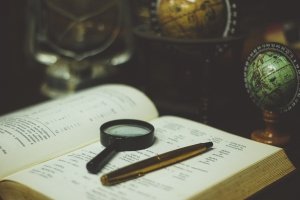