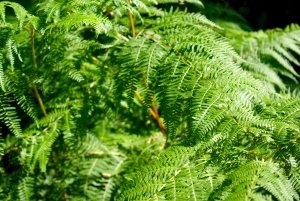 In science, chaotic systems are a higher level of order than the brain can comprehend. They are complex, which is different from complicated. Sometimes we mix these two adjectives up. For a certainty, they are not the same.

Complex systems are, well, complex. (Sorry to state the obvious – I just can’t think of a better way to describe it.) The lesson though is that they are too complex to fully comprehend. It is interesting that natural complex / chaotic systems produce beautiful, magnificent, awe-inspiring events. Take for example the earth’s climatic system. It produces the snowflake which is truly beautiful.

Yesterday, I wrote about pivitol points. (Actually Seth Godin wrote about them, I just picked up on his theme.) So it was fascinating that today I came across an article penned in 1997 by Dana Meadows entitled Places to Intervene in a System. Here’s an excerpt from the beginning of the article:

Folks who do systems analysis have a great belief in “leverage points.” These are places within a complex system (a corporation, an economy, a living body, a city, an ecosystem) where a small shift in one thing can produce big changes in everything. The systems community has a lot of lore about leverage points. Those of us who were trained by the great Jay Forrester at MIT have absorbed one of his favorite stories. “People know intuitively [emphasis mine] where leverage points are. Time after time I’ve done an analysis of a company, and I’ve figured out a leverage point. Then I’ve gone to the company and discovered that everyone is pushing it in the wrong direction!”

There is a lot of interesting stuff in this article – way too much to digest in one small post – suffice to pick up on this idea that we intuitively know where the leverage points are.

Let’s test this out. Economic systems are emergent; complex. (Whether the latest events in the modern economy are magnificent is debatable. But let’s resist the urge to get sidetracked.) Where are the leverage points in our modern, ailing economy? What did your intuition tell you when you first heard that the US government (and later Europe) was going to (attempt a) rescue ? Was your reaction that the leverage points being pushed were in the wrong direction’?

You have Successfully Subscribed!