What is an expert? 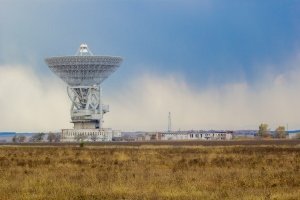 In 1976, a fascinating event referred to as the “Judgment of Paris” took place. An English-owned wineshop in Paris organized a blind tasting in which nine French wine experts rated French and California wines—ten whites and ten reds. The results shocked the wine world: California wines received the highest scores from the panel. Even more surprising, during the tasting the experts often mistook the American wines for French wines and vice versa.

Two assumptions were challenged that day. The first was the hitherto unquestioned superiority of French wines over American ones. But it was the challenge to the second—the assumption that the judges genuinely possessed elite knowledge of wine—that was more interesting and revolutionary. The tasting suggested that the alleged wine experts were no more accurate in distinguishing wines under blind test conditions than regular wine drinkers—a fact later confirmed by our laboratory tests.

Current research has revealed many other fields where there is no scientific evidence that supposed expertise leads to superior performance. One study showed that psychotherapists with advanced degrees and decades of experience aren’t reliably more successful in their treatment of randomly assigned patients than novice therapists with just three months of training are. There are even examples of expertise seeming to decline with experience. The longer physicians have been out of training, for example, the less able they are to identify unusual diseases of the lungs or heart. Because they encounter these illnesses so rarely, doctors quickly forget their characteristic features and have difficulty diagnosing them. Performance picks up only after the doctors undergo a refresher course.

The part that interests me is that “supposed expertise leads to superior performance.”

I have up until now thought that that premise was a given.

—- Update: Further proff … “There are many stories coming out of the 2008 financial crisis that show how the supposedly smartest people did not truly understand what they were doing.”  (From 23 Things They Don’t Tell You About Capitalism by Ha-Joon Chang.

You have Successfully Subscribed!